I don’t keep up with current events. Okay, not in a “current way”. I wait for John Oliver to deliver the news in his Last Week Tonight show. So, yeah, I’m always a week late than most of you. This is not always a bad thing because by the time I get the news, it has propagated and “leveled out” some, so whoever tells me the news, is giving me an average of the population’s understanding. I get to eliminate the “he said she said” syndrome.

Anyway, I decided to try my One Image task again, but this time, pretending that I’m capturing “the human condition” like the photographers of yore. I wasn’t expeciting much since downtown Orlando (my destination) in a typical afternoon (or any time, for that matter) is quite the blasè city. So I picked up my rangefinder-esque camera, a wide-angle and a short telephoto lens and stuffed them in a small camera bag to be as inconspicuous as possible (yes; I’m setting up for the irony here).

After leaving my car in a public parking lot underneath I-4, I walked east on Central Boulevard towards downtown. The first thing I saw was a crowd of people that seem to wrap around the northwest corner of Central and Orange Ave. I was, like, “Yes! The Human Condition!” So I walked up to one of the skimpily clad queue person (they were all dressed pretty much the same) and started a conversation (because that’s how you report the Human Condition):

Since a crowd of people doth not news worthy make, I decided to move along. Though I only spent ten minutes on the street, I felt my outlook was a bit dismal considering that SoMo was the higlight of Orlando on a Saturday evening. After looking up “SoMo” on my phone, I wondered what he would call himself if his last name included a surname like “Forsyth” or “Forrester”. Then, The Universe threw me a bone: 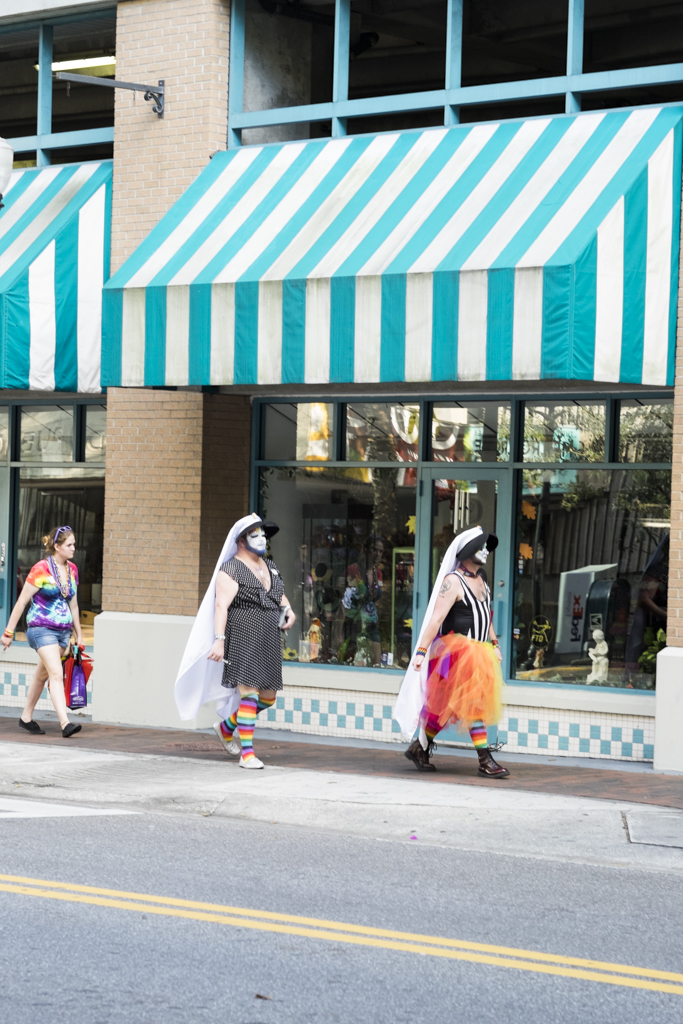 I decided to follow their trajectory which landed me at Lake Eola where Pride 2014 was underway (I probably would be more specific with the event name). This is probably the liveliest Downtown Orlando I’ve ever seen!  This is the tenth year of this event (it’s still going on today) and I thought “I’ve been here for ten years! I wonder what else goes on!” while reflecting on my hermetically sealed life. So I set my inconspicuality aside and dove right in. Though there was a lot to see and capture, my story-telling nature stayed my hand at capturing many things. I wasn’t there for the event, I was there to capture something more. Perhaps the effect of it. Surprisingly, people wanted me to take their picture. They just made eye contact and posed. It gave me pause to wonder why can’t people be like this all the time? More specifically, why can’t people in the States be like this all the time? I qualified that statement because on my visit to Italy, people were fine with me taking pictures of them. I guess this aspect creates a connection between people and draws each other in giving each other a glimpse of their lives and who they are. In this overly judgemental society of ours, I found my two hour encounter most refreshing.

Needless to say, I wound up with more than One Image, my favoriteof which is this one: 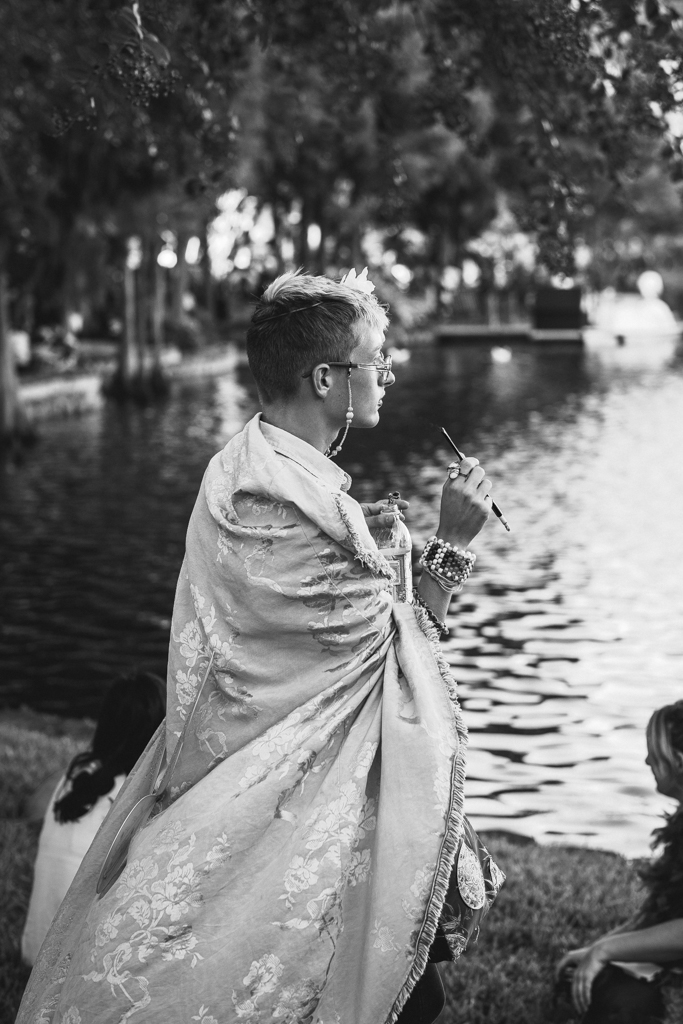