Carline and I recently took a trip to New York City to renew her car inspection (the car is registered in New York). We also had the windshield replaced due to a weird crack that manifested suddenly a few months ago, and at the same time, we visited Farah, who has an apartment in Harlem.

We had the windshield replaced in New Jersey, since that was the closest SafeLite garage to Farah’s. Two hours later, we looked for a state inspection place nearby, but wounded up at Manhattan Alignment & Diagnostic Center which is at the corner of W 131 St and Old Broadway. It also turned out to be next to where I used to live, forty-five years ago.

As we waited for the car inspection, I decided to walk around the neighborhood and reminisce a bit. I don’t fully remember what the area used to look like, Certain enclosed areas around the buildings looked rather new (perhaps they were renovated). One in particular, is a “parking lot” in front of the building my family used to live in. I don’t remember if that was a playground before or if it was a parking all along. 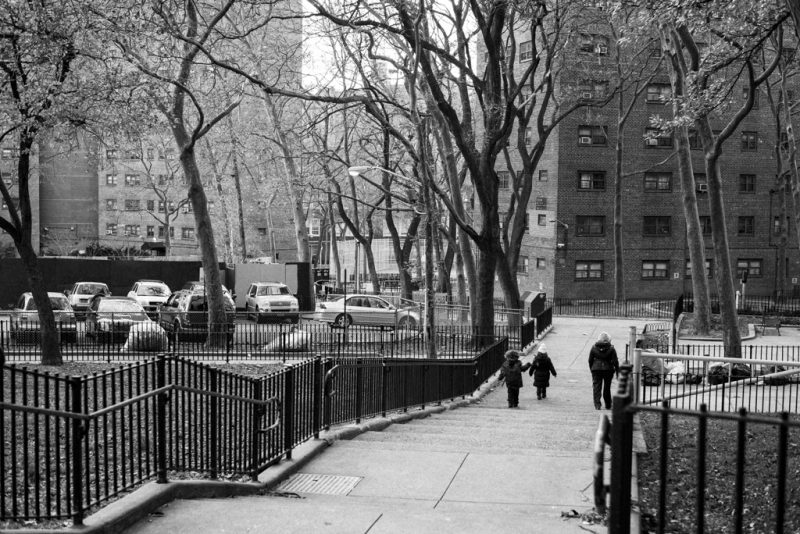 View from the bottom of our building. Not sure if that parking lot was always a parking lot or a playground.

I remembered when my father gave me a Cox Miss America Control Line gas powered model airplane. I was about six years old. After assembly, I placed it next to my bed in anticipation of the next day, when she would take her maiden voyage. 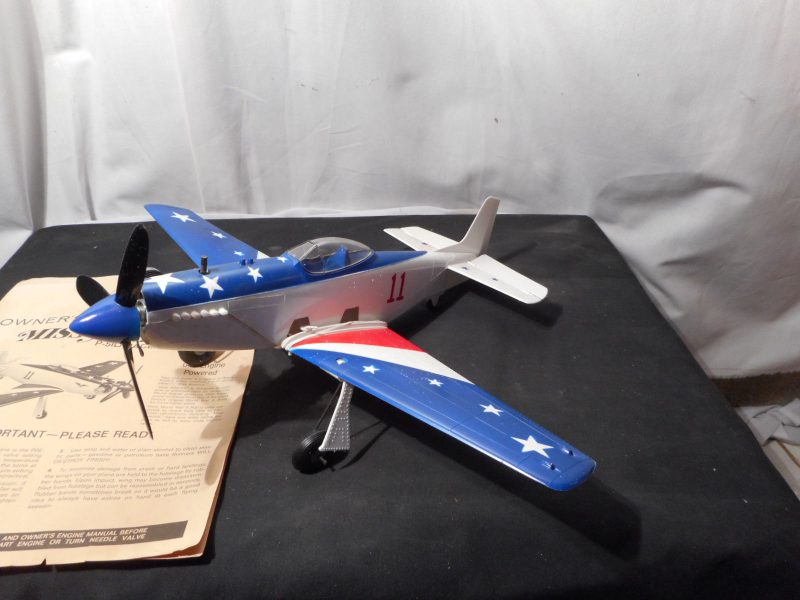 Cox Miss America Control Line airplane (photo curtesy of eBay). Notice the hole on the tip of the left wing where the control lines where held.

I made an attempt to retrace our steps from the building to the playground. I can still remember that day: my father gassing up the motor with lighter fluid, attaching the battery clips to the motor, winding the propeller with the spring clip (located at the base of the nose), and letting go of the propeller to start the engine. It was quite loud for such a small motor. The night before, I read the manual as best as I could, memorizing the pictures on how to control the plane. My father took the helm and the Miss America started flying above our heads. I wanted to take over, so after a few circles, my father carefully handed me the grip. What happened next is a bit fuzzy. If I remember correctly, my father’s hand was on mine while I held onto the Miss America. We then started its descent. Alas, it wasn’t pretty. The Miss America crash landed onto the concrete. I don’t remember my emotions at that time. I do, however, remember that I was disappointed that she’ll never fly again. Memories aside, I became a man again and made my way back to the garage,

A view of our building.

Our Greek server at the diner Carline and I had breakfast in while waiting for our windshield to be replaced.

View from the bottom of our building. Not sure if that parking lot was always a parking lot or a playground.

Our building. The colored squares on each floor decorate an open area in the between the apartments on either side.

Train on Broadway as viewed from W 131 St